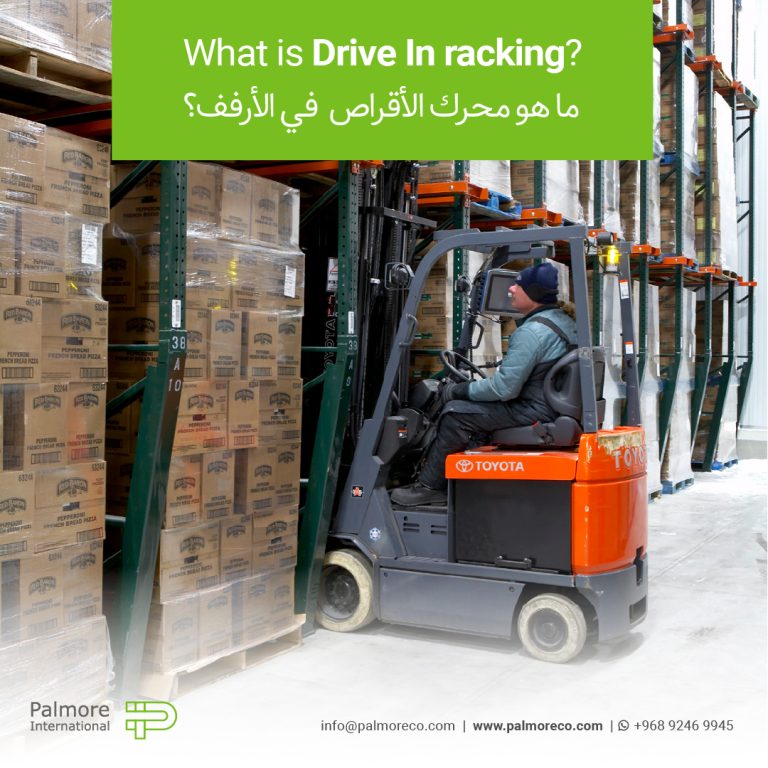 Everything about Shelving Hallway or Drive In racking

The role of the warehouse in different places

Drive in racking is designed and manufactured for storage of raw materials or homogeneous products. You can make the best use of the space and height of your environment by using the drive in racking or shelving hallway. The carriageway rack consists of rock units inside the aisles and is loaded onto the rails. Because of the ease of loading on this shelf, it is better to store homogeneous items in one place to prevent unnecessary movement of rock pallets. The Drive in racking can be implemented and implemented in two types of LIFO and FIFO.

What is the meaning of LIFO and FIFO storage in Drive In racking?

This system is done in shelving hallway or Drive in racking, which is as follows:

LIFO or Last in First out is executed in such a way that the last loaded pallet is the first pallet that can be removed.

FIFO or First in First out This way you can access items based on how they are stored. That is, the first loaded pallet is the first pallet that can be removed. This method is suitable for product warehouses where the expiration date of the products is very important.

Components of a Shelving Hallway or Drive In racking

The different components of this shelf are as follows:

Material and color of Drive In racking components

This is a metal shelf. The quality of pipe materials for the production of shelving is one of the most important elements in the design and production of shelving by Amin space makers. We try to offer the best and highest quality products to you dear ones. The standard color for Darwin Gray shelving and arms is orange. The connections are also gray. Of course, this color can be changed to the liking of customers.

Standard dimensions and size of Drive In racking

Drive in racking can be designed and implemented based on the customer’s order and needs. The standard sizes and dimensions of the Drive in racking or shelving hallway are as follows:

There is no height limit.

The entrance opening is designed in the sizes of 150 to 200 cm according to the dimensions of the pallet and the type of forklift.

Load bearing in this type of shelving is from 1 ton to 3 tons.

1- All kinds of self-leveling shelving systems can be used in product and raw material warehouses.

2- Ability to load by forklift in all corridors and arrangement of several pallets in height without contact with each other.

3- Making the most of the warehouse space by exploiting the self-leveling shelving system.

4- Increasing the useful space of the warehouse to several times.

5- Ability to design for different dimensions and capacities.

6- Observing the Lifo or Fifo system in the design according to the customer’s needs.

7- No need to allocate aisle to rotate the forklift.

8- This type of shelving consists of bolt and nut frames and horizontal arms (console) with connecting clip and special rail for loading.

9- Drive in racking frames consist of connecting columns and horizontal and diagonal braces and floor base plates that are produced in different offerings and usually the middle frames of each row will be common.

10- Consoles are of press type and rails are of bending type and are produced with different thicknesses.

11- In this type of shelving, there is the possibility of using column protection guards and protective rails in the depth of the corridor to prevent possible shocks to the forklift according to the customer’s request.

12- The entrance of the system is determined according to the dimensions of the pallet and the type of forklift in this shelving system.

13- Load bearing of frames, arms and rails can be calculated and produced based on customer needs.

14- All sections are produced by roll form and all connections are all bolts and nuts.

15- In Drive In racking, the first pallet is arranged on the ground.

16- To prevent any vibration and lateral forces, the system is restrained by a brace and interface above and behind the openings.

17- According to the customer’s request, it has the ability to install guide rails (for easy movement of forklifts) to the shelving system.

18- For useful use, more safety factor and increase the speed of arrangement, standard metal pallets are used.

Applications of Shelving Hallway or Drive In racking

Storage of heavy and bulky goods

How to install and run Drive In racking

To implement and implement self-leveling shelving, you must pay attention to the environment and space where this shelving is to be implemented. The dimensions and size of the corridors should be determined according to the type of goods and items you want to store. Amin space makers team can use the best and highest quality products in the shortest time Design and implement the desired shelving van for you.

Price of Drive In racking

The price of Drive in racking is determined according to the size, dimensions, height, width and length you want for the storage space. You can contact our consultants to buy shelving hallway or Drive in racking to provide you with the best and highest quality services at the best price.

Here are some common questions you may have when buying a drive rack and answering some of the most important ones that you can read below:

What is the load capacity of the drive racking system?

This shelving, like rock panel shelving, is suitable for storing heavy and bulky items and can withstand up to 3 tons of load.

Are the dimensions and area of ​​the use space important in the shelving of the car?

No, Dravin shelving can be implemented and implemented in different dimensions according to the customer's needs.

As we know, second-hand items do not have the quality of a new product, and the same is true for Drive In racking. You can buy second-hand shelves to save money, but you have to keep in mind that each shelf is designed for a specific environment and also the quality of the shelves may not be the original quality and your storage Challenge.

What is the difference between Drive in racking and pallet rack shelving?

Drive In racks are used to store homogeneous goods. This shelf is very suitable for warehouses that want to use the height of the environment optimally.

What are the factors influencing the price of Drive In racking?

Your size and space are the factors that affect the price of Drive In racking.

What is the meaning of galvanized Drive In racking?

Galvanized shelving is a type of coating that is used at the request of the customer to make the shelving more resistant to environmental conditions.